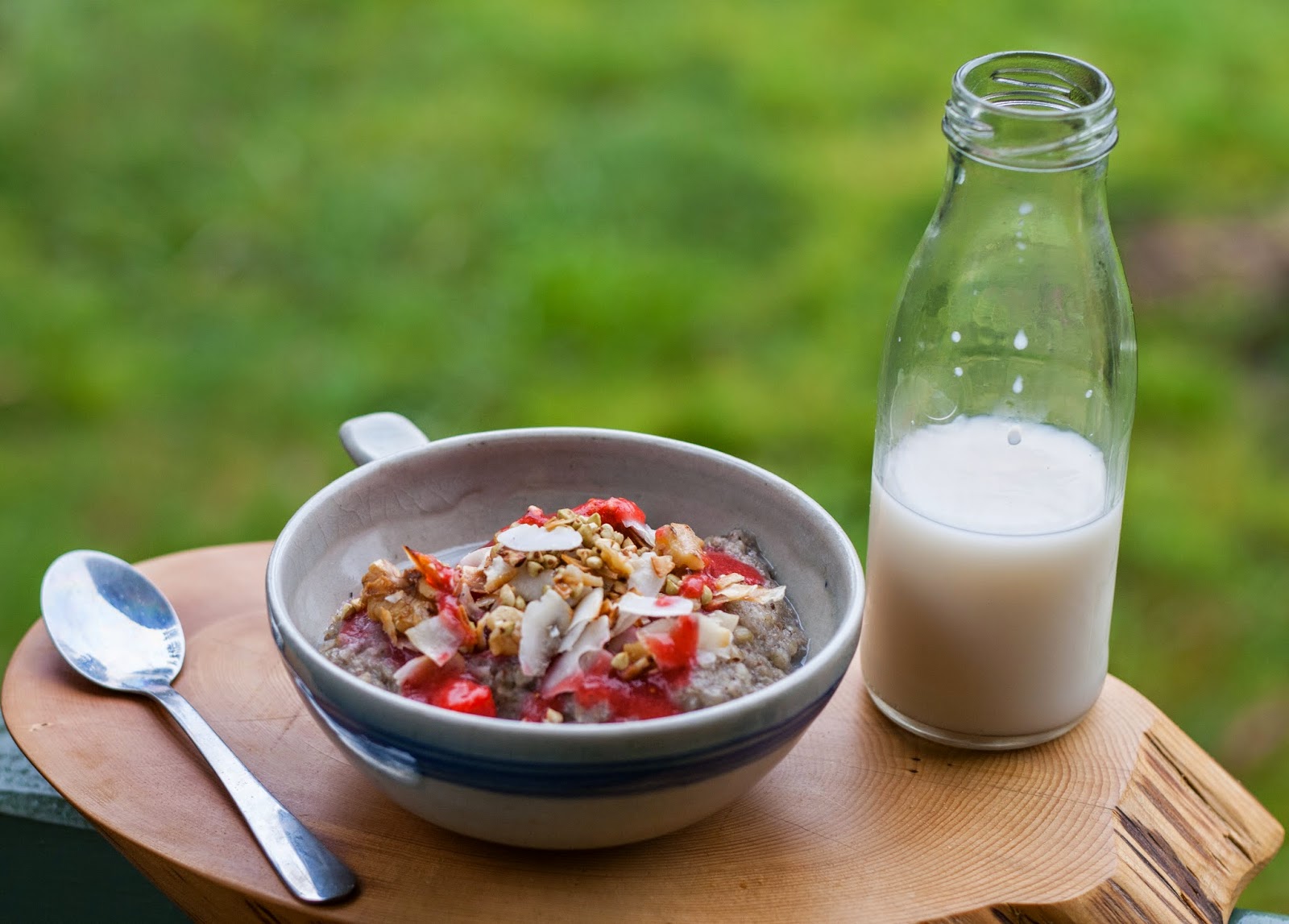 Spring has almost sprung and I can’t say how happy I am to have some sunshine back in my life. My reptile self is warmly welcoming the early change of season and basking in whatever it gives me. So far it’s been very nice.

The other week I bought some buckwheat groats and since then, have been experimenting different uses.  Today was porridge.
Before I go ahead and talk about the recipe, I’d like you to just divert your attention to the beautiful board on which my porridge sits.

At the beginning of this month, Cal and I celebrated the anniversary of 5 special years together. Normally, gifts aren’t on the anniversary agenda, we tend to plan exciting adventures or experiences instead so this gift came a little unexpected. When Cal handed this over he told me he'd bought this beautiful piece of Huon Pine in Tasmania 10 years ago! Not sure how it managed to slip under the radar all this time, I'd never seen it in my life. He had sanded it down and oiled it and it is now one of the most beautiful things i own.

So now that the board has been credited, here's the recipe!
Buckwheat really doesn't need all that much tampering with. It's so beautiful and nutty, i stepped away from the spices this time.

Buckwheat Porridge
1/2 cup buckwheat groats
1 cup water
1/2 tbs. apple cider vinegar
1 cup plant based milk
1 tsp. cinnamon
Soak the buckwheat overnight in the water and apple cider vinegar.
Drain and rinse thoroughly.
In a saucepan cook the buckwheat in the milk and cinnamon until the liquid reduces.
You can either keep reducing and eat the buckwheat as it is like porridge or blend it.
I blitzed my warm buckwheat in a blender for a few seconds to achieve a thicker, porridge-like texture.
Alternatively, you can make a raw version which consists of just soaking overnight and then blending. A beautiful cool version for the warmer months to come!

Strawberry Puree
1 punnet ripe strawberries
1-2 tbs. water
Blend strawberries in a blender or food processor and add water until desired consistency is reached. If your strawbs are ripe enough your won't need to add any other sweetener.

Dry roast the walnuts, buckwheat and coconut until brown. Pour over the maple syrup and stir through.

Enjoy this wonderful porridge in the sun! 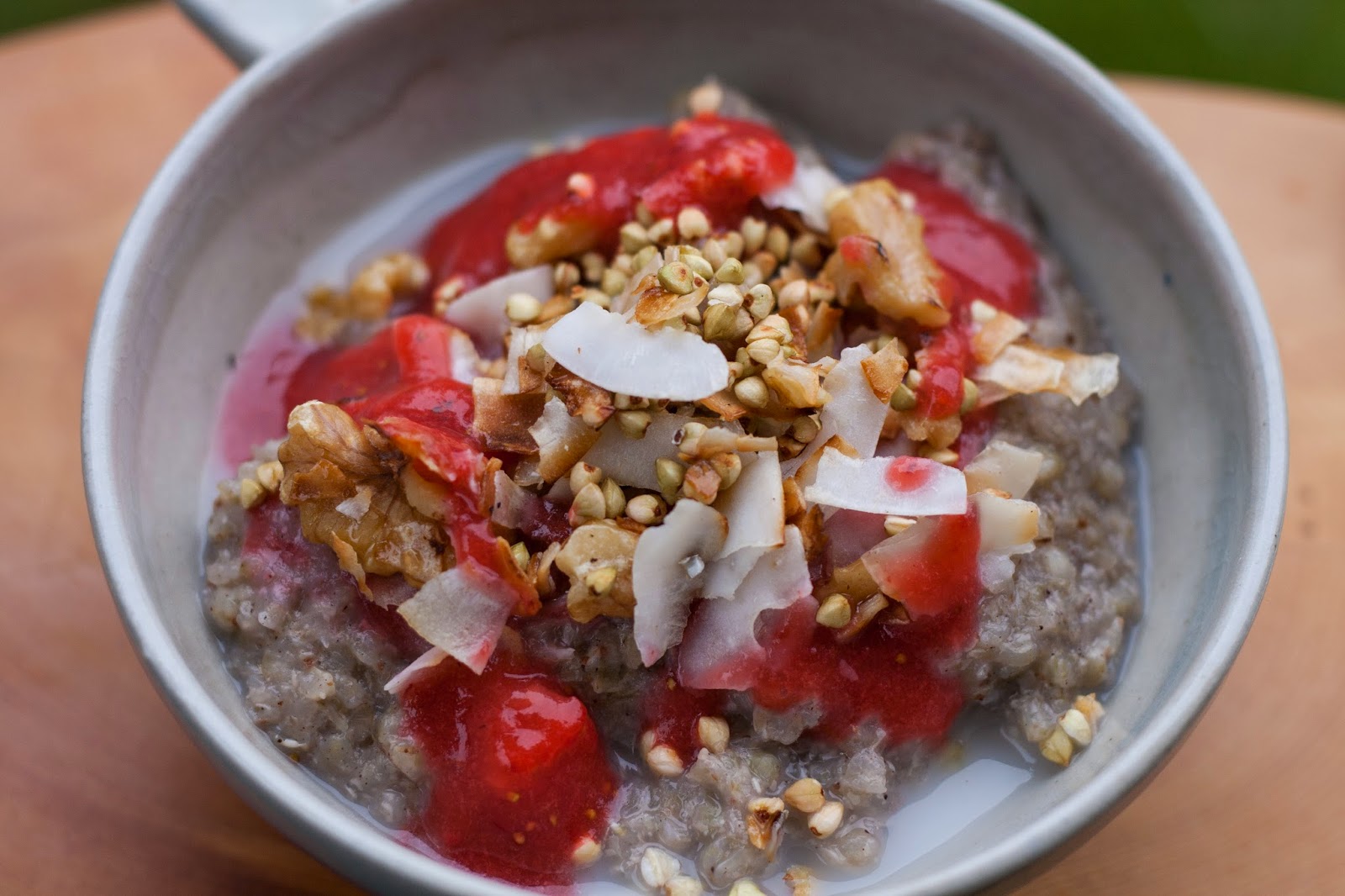 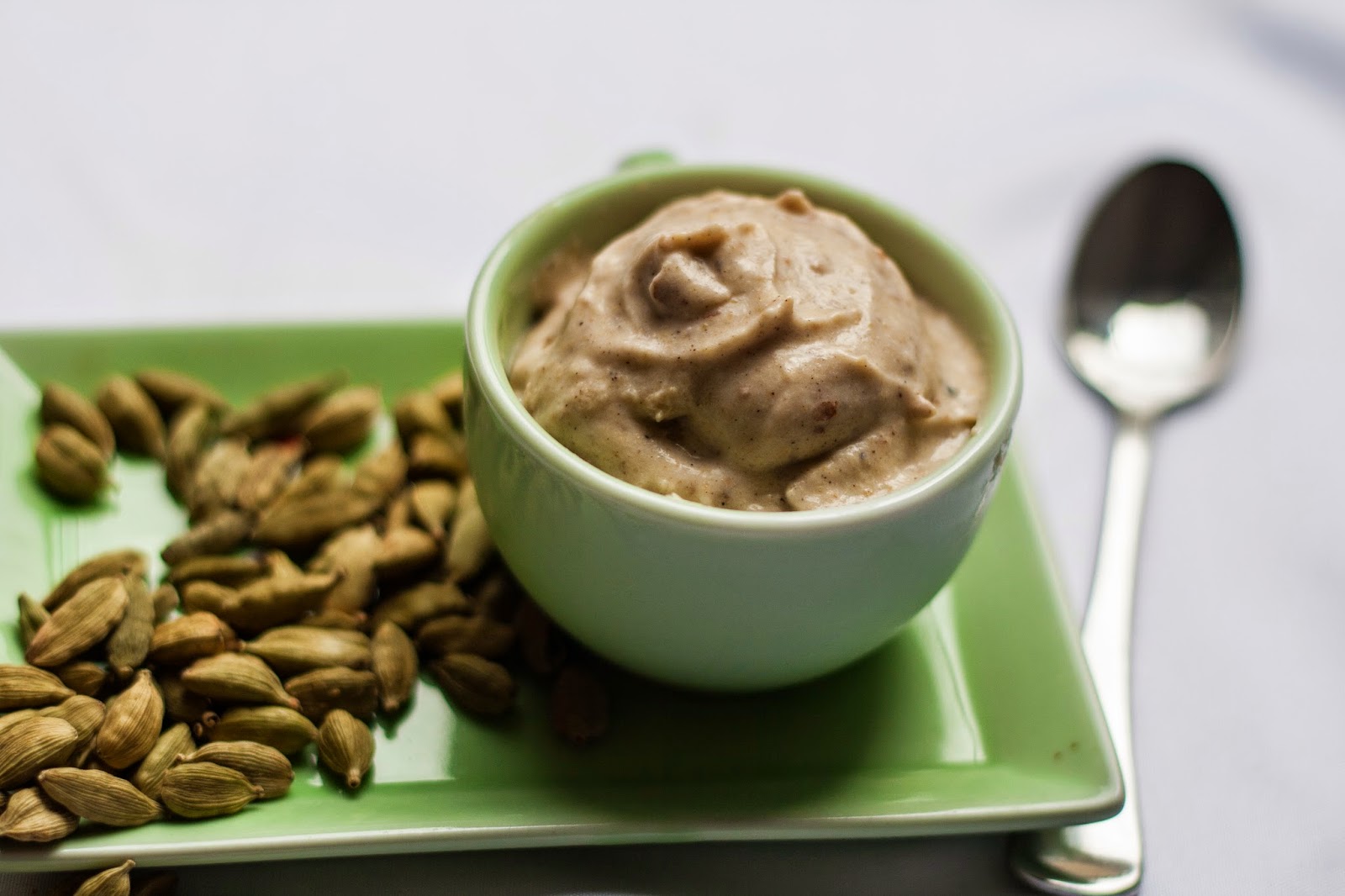 This is the easiest ice cream ever. I have an ice cream maker, but i didn't even bother for this recipe. Stew, blitz, freeze, eat. The pears are easily interchangeable with any other sort of stewed fruit like apple, rhubarb, plums, apricots and the list goes on... There's no dairy and no added sugar in this recipe either, just the sugar from the ripe pears. You might even feel okay about eating this ice cream for breakfast... YEAH! 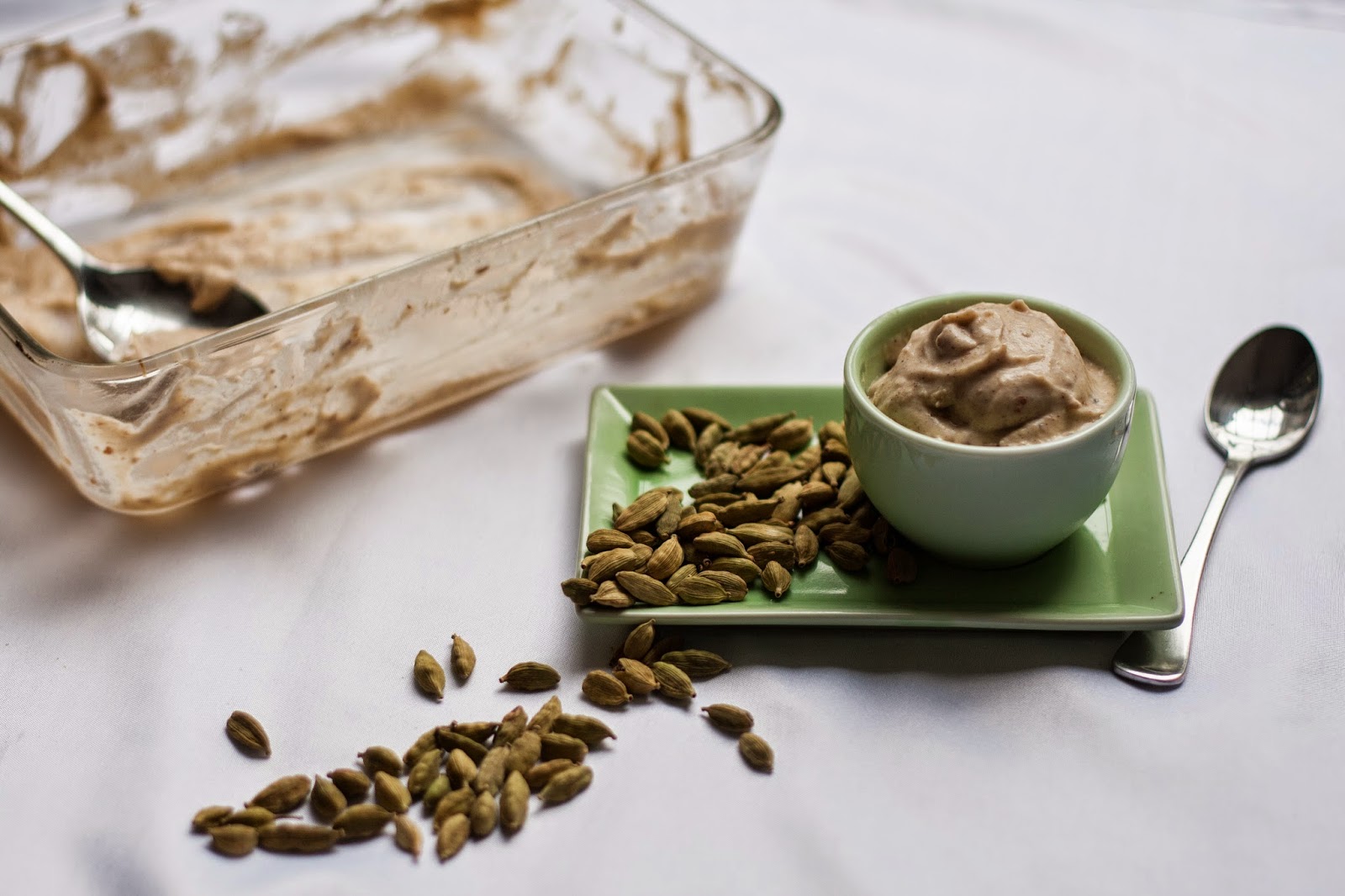 Chop the pears roughly. In a saucepan on a low heat, add pears, a splash of water and spices. Cover and simmer until the pears are soft . Don't worry too much about how they look, you'll be blending them anyway. Allow the pears to cool completely.

In a food processor, blitz the pears and coconut cream until combined. Scoop in to a container and store in the freezer. Stir your mixture thoroughly every 30 minutes, 5 times.
Coconut cream freezes pretty solid so remember to take it out of the freezer up to 30 minutes before serving if you don't eat it all in one go! 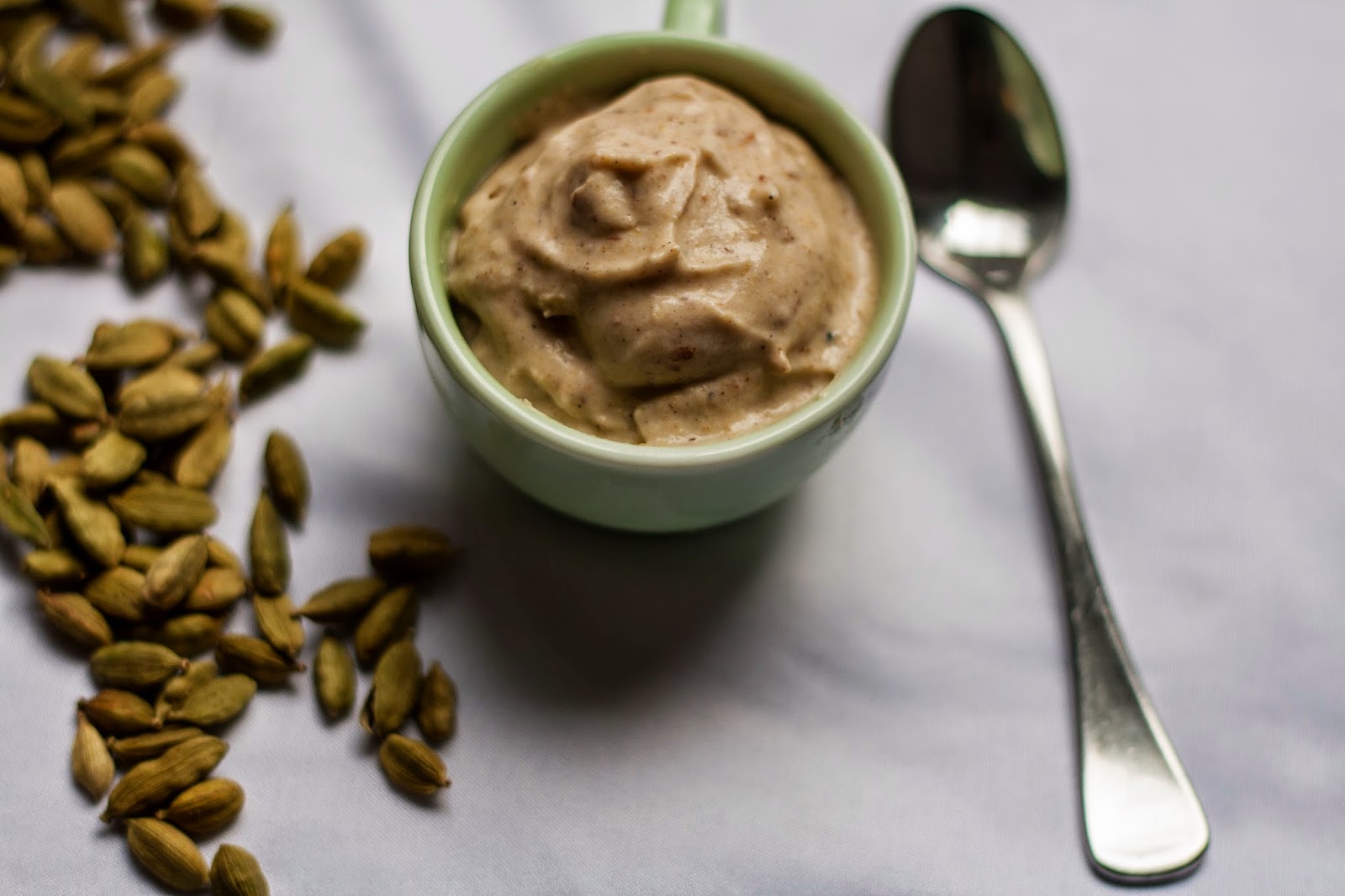 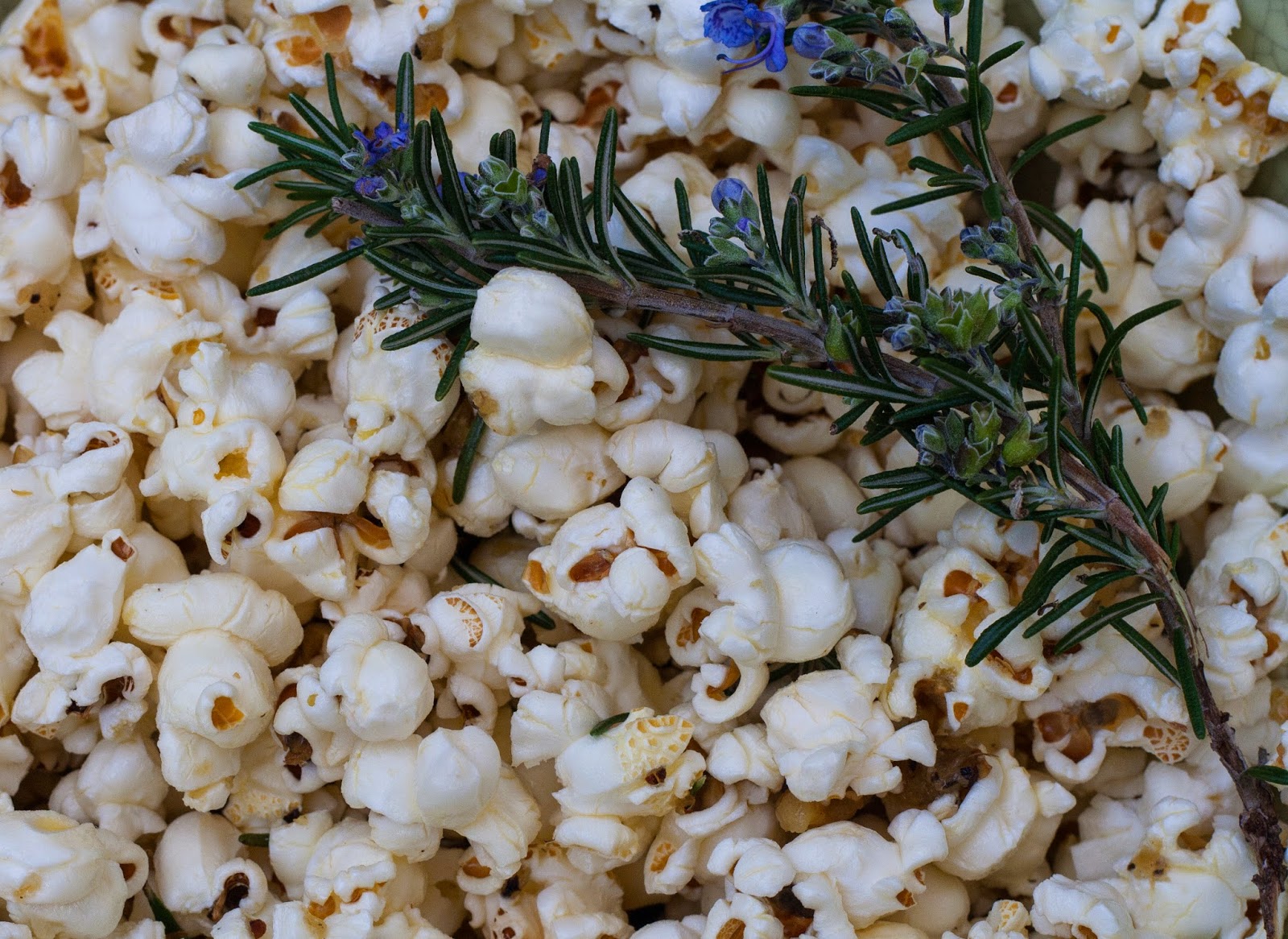 I love the thrill of making popcorn. Waiting with bated breath for that first.... POP! Like a ticking time bomb until a whole mine field goes off with tiny little yellow kernels exploding in to big white clouds.

I must say, I've become quite the expert in making popcorn. Cal and I are, you could say, slightly obsessed. Any excuse to make popcorn, we'll make it. The trend started when we were traveling in Berlin. It was the middle of winter and we were staying in a tiny little studio apartment with the bedroom as the only sitting room. Somehow we found ourselves tucked up in bed some afternoons munching down popcorn and watching movies on the laptop. Yeah i know, exciting tourists hey? It was in Berlin that we remembered how exciting and delicious popcorn was and since then we always have kernels in the house. 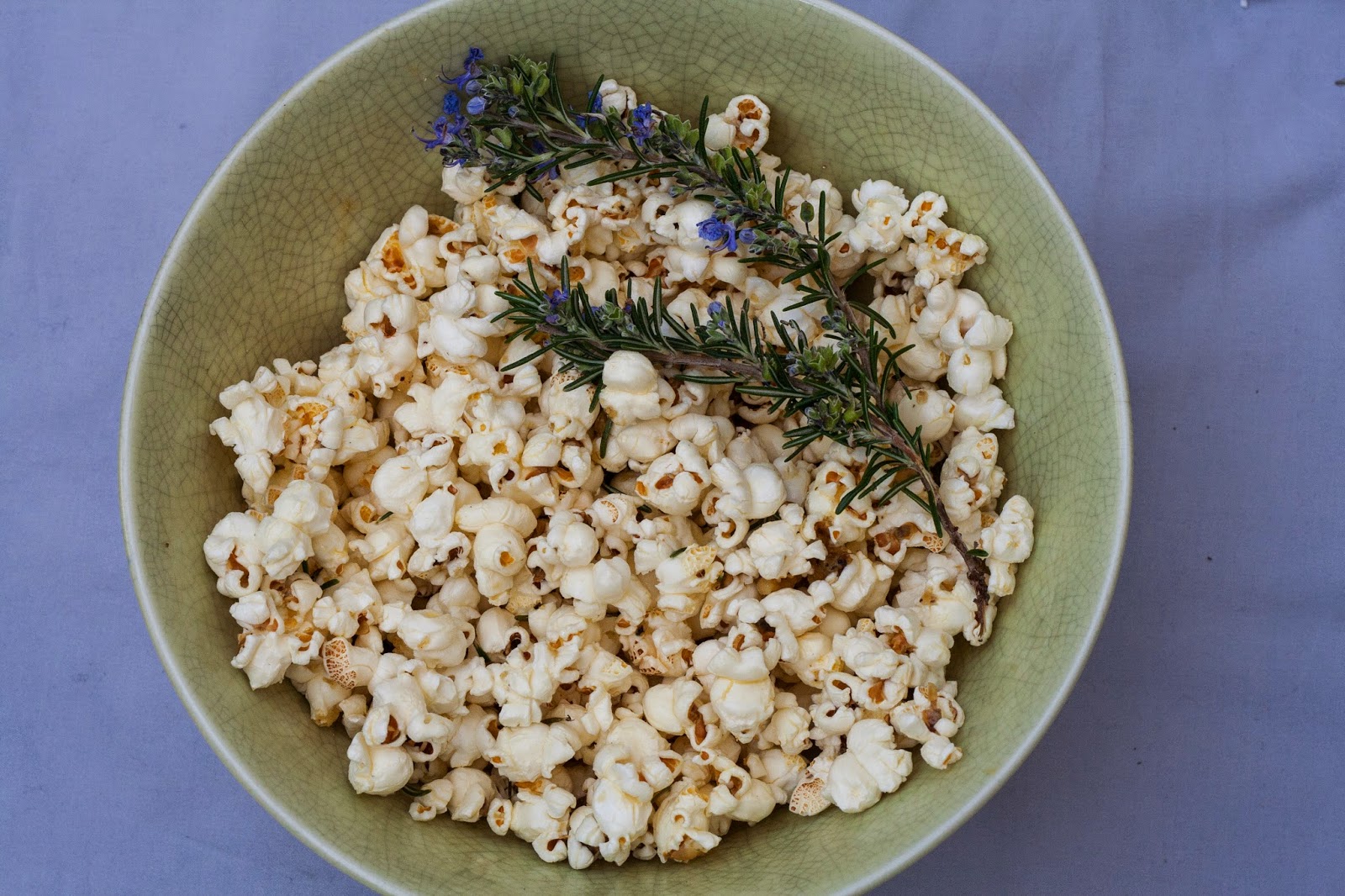 Today i thought i'd go a little gourmet and jazz up my everyday popcorn. Let me assure you, there is absolutely nothing wrong with plain old buttery salty popcorn, but it probably isn't all that interesting to blog about or take photos of. Hopefully i've inspired some ideas. 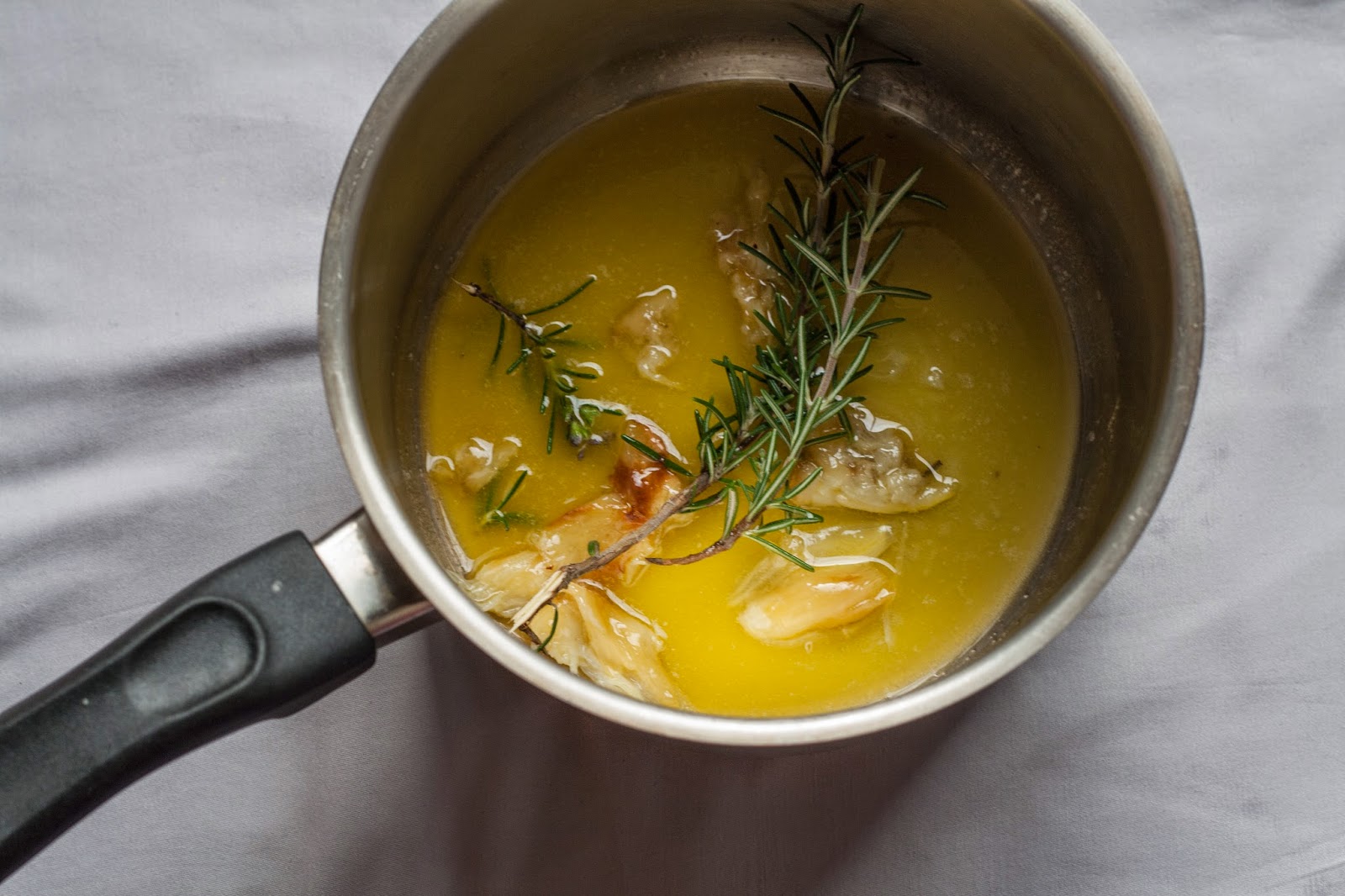 The aim is to get as few unpopped kernels as possible. It takes skill.

Put a heavy based saucepan on a medium to high heat and coat the bottom of the pan with oil. Drop in 3-4 kernels and wait. When the first one pops, add in all of your kernels and cover the pot. Keep the heat high, but make sure you shake the kernels around every few seconds or so to ensure they don't stick to the bottom or  burn. Your popcorn is ready when the popping slows and then stops.
How many are unpopped?

Preheat oven to 180-200 degrees. In a baking tray place 2 cloves of garlic, drizzle with olive oil and sprinkle with salt. Roast for about 30 minutes or until soft.

In a saucepan, melt the butter on a low heat and add in the rosemary sprigs and roasted garlic cloves (remove skin from garlic), salt and pepper to taste. stir occasionally and allow the flavours to infuse for 5 minutes or so.
Strain the butter through a sieve on to the popcorn and stir to coat. Don't be afraid to add a few garlic clumps to the popcorn. It's verrrry tasty!